Ms. Hrabosky’s eleventh grade students finished reading William Shakespeare’s Hamlet and wrapped up the unit by completing a project of their choosing to show their creativity and to demonstrate understanding of the play. One student created a sound track for Hamlet and explained the connection to the play, using songs to show literary evidence such as themes, symbols, motifs, and the situations of the characters. Another student created a graphic novel that recreated Hamlet’s plot by choosing the most important scenes from the student’s view point, telling the story by writing text-based evidence and drawing pictures to go along with the text. The remaining students decided to compose a newspaper that included four of the following choices – news story, review, editorial, feature story, or cartoon – that are linked to Hamlet and aligned with quotes from the play in newspaper format. 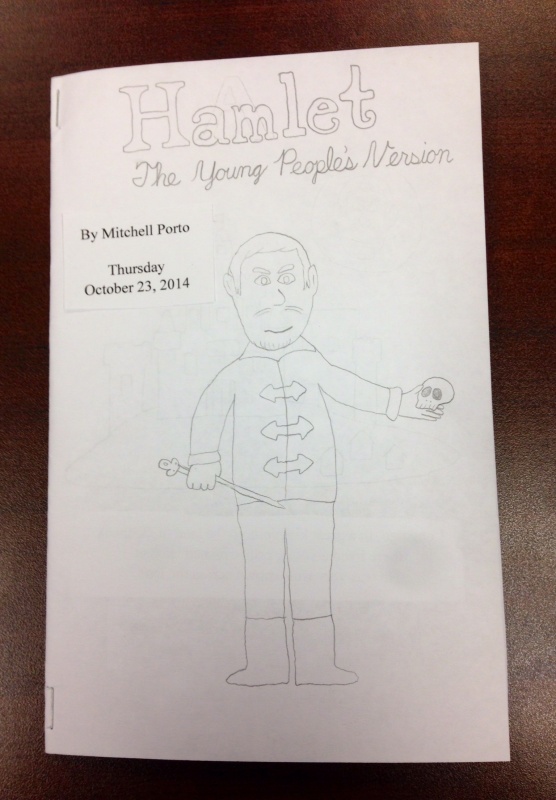