Remember Alex who graduated last year at 13? The letter below is from his mother, Melinda. Hey, Can’t believe Alex is now an official Sophomore. He made the President’s List this semester. He got high A’s in all of his classes, Cal II, Physics I (Cal based) Chemistry I and all his labs. Please let […]

END_OF_DOCUMENT_TOKEN_TO_BE_REPLACED 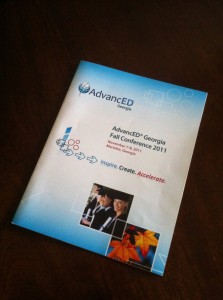 Eaton Academy is preparing for our Five year SACS-CITA reaccreditation visit in school year 2012-2013. A team of four, including three administrators and our IT Specialist, attended the AdvancED Georgia SACS 2011 Fall Conference on November 7 and 8. The team will spend the next eighteen months preparing for the QAR visit using the new […]

END_OF_DOCUMENT_TOKEN_TO_BE_REPLACED

Eaton Academy Distance Learning student, Noah Lomax, will hit the BIG screen in 2012 with a starring role in the first Nu Image / Millennium Films feature film, “Playing The Field”. Filmed entirely in Shreveport Louisiana, shooting started April 4th and wrapped up the end of May. “Playing the Field” is a romantic comedy starring […]

END_OF_DOCUMENT_TOKEN_TO_BE_REPLACED

K12 Orientation is Friday, August 12, and classes start on August 15.