Founders Bridgit Eaton-Partalis and Brian Uitvlugt had the honor and pleasure of sponsoring the Atlanta Press Club Newsmaker Luncheon on June 15th – and meeting with philanthropist Bernie Marcus, the featured guest speaker at the event.

We began the program with a three-minute video highlighting the four branches of our educational offerings: our customized college preparatory K-12 program; our new Virtual Academy; our International Program; and B.E.S.T. ® – our character education improvement program.

Co-founder of the Home Depot and a well-known philanthropist, Mr. Marcus has spent the past twenty-five years making a positive impact on the economic and social life of Georgia, as well as on the lives of many of the state’s residents. 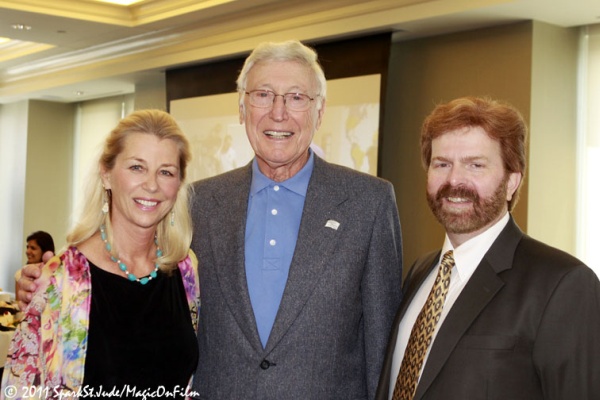 Mr. Marcus and his wife Billi are among forty of America’s wealthiest families who have joined “The Giving Pledge” campaign, committing to giving the majority of their wealth to the philanthropic causes and charitable organizations of their choice either during their lifetime or after their death.

Bernie Marcus retired from active participation in the Home Depot in 2002. Since that time, he has focused on his most public philanthropic undertaking, the Georgia Aquarium, as well as Grady Hospital and Children’s Healthcare of Atlanta. Mr. Marcus runs his philanthropic endeavors out of the Marcus Foundation, where he serves as chairman of the board and is personally involved in deciding which organizations receive grants.