In Mr. Nolen’s World History class, Matthew Montgomery displays his “rap” skills to the class by singing the Hip Hop History Song from Chapter 7 of his textbook.  The song’s lyrics feature vocabulary, people, and main ideas that will be discussed in class.  We presented Matthew a Social Studies Grammy Award for his performance!

Below is the Hip Hop History Song performed by Matthew:

The Rise of Europe

The time between the modern and ancient

Is called the medieval period, the Middle Ages The rise of Germanic tribes like the Franks They kept the Muslim empire from moving past Spain Charlemagne, whose name means Charles the Great Unified Western Europe as king of the Franks But new waves of invasion brought fighting From the Muslims, the Magyars, and the Vikings In medieval life, feudalism was rule in which the Vassals pledged loyalty for lands the lords had given The lord granted his vassal a fief The vassal made certain payments and gave loyalty For nobles, warfare was a way of life From boyhood, many trained to one day become knights They would fight in tournaments, and lived by the Code of conduct for knights called chivalry Peasants had harsh lives and work Those who were part of the manor were called serfs The church dominated the people then The priest celebrated mass with the sacraments Monasteries and convents developed too Across Europe, they used the Benedictine Rule Papal supremacy gave popes authority That stretched over secular rulers even kings As the economy changed, trade routes would expand Merchants, traders, and artisans formed the middle class People who had specific crafts or skills Joined associations known as guilds That’s the Middle Ages 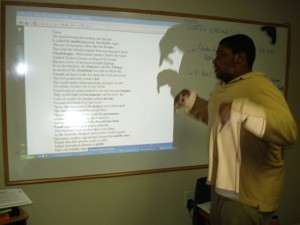