Riley Walsh holds up his model of Jupiter for Mr. Haselden’s Astronomy class.  Complete with the Great Red Spot and opposing atmospheric pressure, the fifth planet from the sun is menacing.  This gas giant was originally spotted in 1610 by Galileo, who used a telescope to first witness four large moons orbiting Jupiter.  This eventually led to the verification of the heliocentric model of our solar system.  Great job, Riley! 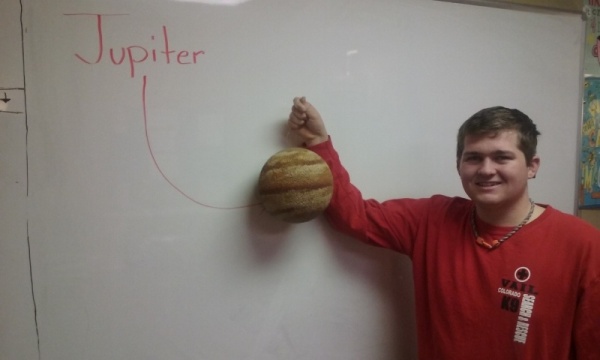