Ms. Ammendola’s language arts students created posters representing their favorite characters in a book. They listed adjectives that describe their character, provided quotes to and from the character that provided evidence of their character traits, and wrote a summary about the character. In addition, they wrote an essay comparing and contrasting themselves to the character. They used the steps in the writing process, including outlines and graphic organizers. 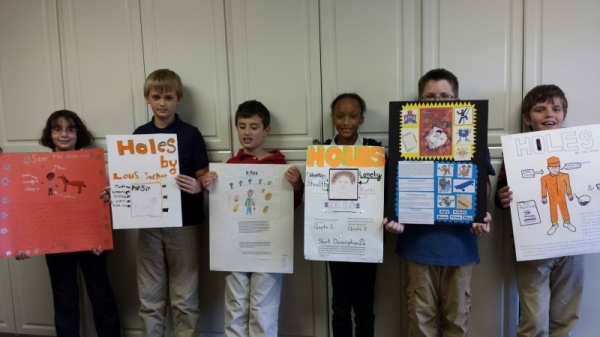